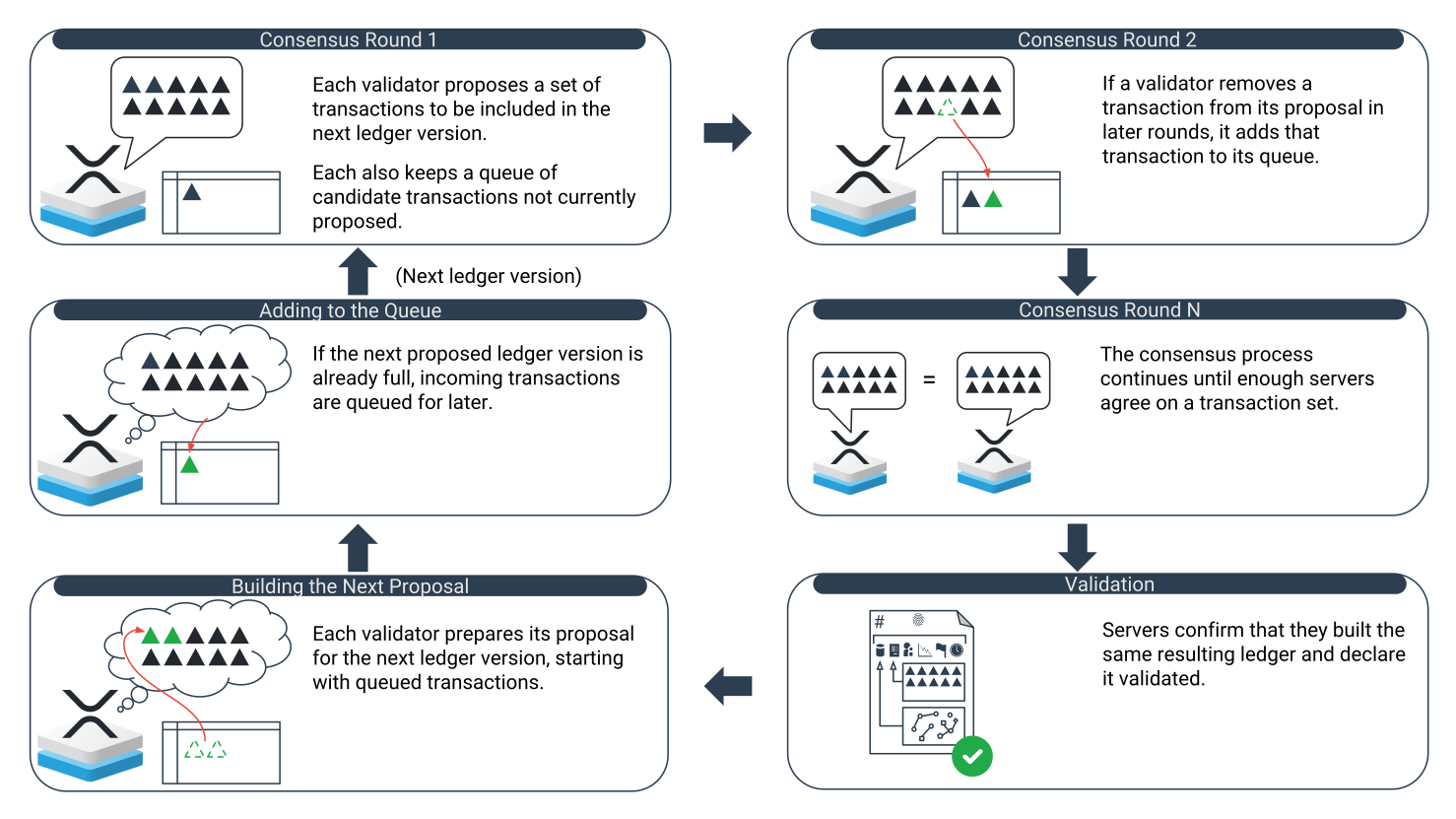 Note: Technically, several of the steps described in the above process occur in parallel, because each server is always listening for new transactions, and starts preparing its next ledger proposal while the consensus process for the previous ledger version is ongoing.

This feature helps you work around a particular situation. If you submitted one or more transactions with a low cost that were queued, you cannot send new transactions from the same address unless you do one of the following:

Order Within the Queue